We’ve gathered a few ways to celebrate around the city. 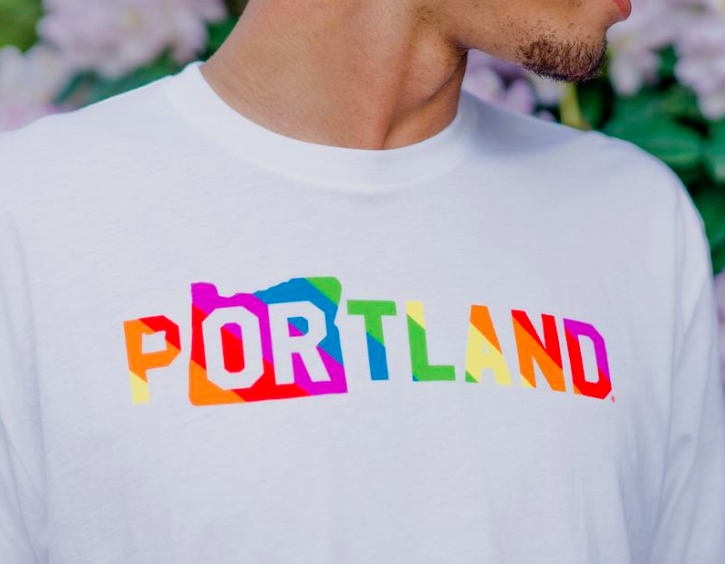 First, you can stop by Portland Gear, to buy one of their pride t-shirts because adding a rainbow Portland shirt to your wardrobe is never a bad idea.

June 15th and 16th – The annual festival and parade at the Tom McCall Waterfront Park. Expect it to be bigger and better than ever, in celebration of 25 years of Portland Pride. If you’re feeling especially festive, you can buy tickets to the Big Gay Boat Ride, for an afternoon ride on the Portland Spirit with a dj and beloved Portland drag queens.

June 22nd – The Portland Gay Men’s Chorus will be performing at the Keller Auditorium. Their performance pays tribute to the Stonewall Riots and will include songs from Marvin Gaye, The Beatles, Elvis, and The Rolling Stones. Ticket prices start at $60.

June 27th – Ecliptic Brewing is contributing a portion of its profits on to the Q Center, an organization that fights toward freedom and equality for the LGBTQ+ community in Portland. Their services range from

"Blake combines a unique blend of fun and expertise. It was a blast to spend time and search with Blake–and we knew we could count on him to know a lot of the unspoken details and backstories about... continued"
- Jason K
View All

Sign up and stay informed about what is going on with the local market.